Whether you just want to spice-up a party with some impromptu drunken karaoke or are looking for professional karaoke software, you’ll be singing at the top of your lungs in no time with this selection.

Note that f you’re looking for an alternative to kJams on Mac which doesn’t work on macOS Catalina, you may find our look at the best DJ software for Mac more useful.

Here then is our list of the top 10 karaoke software for Mac users in order of ranking.

You can be up and singing karaoke in literally minutes with KaraokeTube and its easy enough for anyone to use.

Karaoke Tube has a modern OS X style interface with the song library at the bottom, the lyrics in the main window and player controls on the left:

With an impressive free library of 12,000 songs, there’s definitely something for everyone.

KaraokeTube includes hits by major artists such as ABBA, Adele, Green Day, The Beatles etc with new tracks being constantly being added by the developer although there are also many classic hits missing from the catalog.

Many of the videos are just streamed from YouTube and KaraokeTube used to be filled with videos simply playing ads for films but the catalog has been considerably cleaned-up now so that only genuine karaoke videos are included.

KaraokeTube isn’t just restricted to English songs only. You can also filter songs by languages including English, French, German and Spanish.

You can even search for and import any karaoke videos you find in YouTube into KaraokeTube:

KaraokeTube also allows you to add CD+G songs i.e. professional karaoke discs that have been ripped to your Mac.

Unfortunately, you can’t use a USB microphone with KaraokeTube even though it recognizes one when you connect it to your Mac.

KaraokeTube is nevertheless an excellent option for those that just want a bit of amateur karaoke fun on their Mac although professionals will need something more powerful.

KaraokeTube costs $11.99 from the Mac App Store and you can also try the 15 day free trial of KaraokeTube.

UltraStar Deluxe for Mac is one of the most impressive free karaoke for mac programs that we’ve tried.

UltraStar Deluxe is similar to SingStar because it rates you on how well you sing tracks and allows up to 6 players at once.

The presentation of UltraStar Deluxe is very slick although annoyingly it opens in full screen mode from start – there’s no way to run it in a separate window on your desktop.

The problem with UltraStar Deluxe for Mac is that the song catalog is very small.

In fact, by default there’s only one German song included but you can add more yourself.

However, there don’t seem to be many places where you can download UltraStar Deluxe songs from – the official site only links to a few songs but there are currently only 8 to choose from.

There are a few more recognized hits here and here which you can add to UltraStar Deluxe and you can find instructions how to install them here.

SingSong Karaoke is actually a karaoke game and the closest thing to Singstar for Mac. SingSong karaoke rates you on how well or badly you sing songs.

You can go head-to-head against a friend or play with up to 5 other players at the same time. The only limit is the number of microphones that you have.

You can play for free with songs created under the Creative Commons license but if you upgrade to the full version for $29.99 you can use real pop songs instead.

The song catalog has over 300 songs including hits by Aerosmith, Guns N’Roses, John Lennon and many more.

The main drawback of SingSong Karaoke is that it’s based on Java. We don’t recommend installing Java on your Mac because of all the security problems with it.

At $29.99, it’s also considerably more expensive than KaraokeTube but if you want something like SingStar on your Mac, SingSong Karaoke is as close as it gets.

The songs feature videos from the movie and you can record and listen back to your singing afterwards. You can also export your best efforts to iTunes.

Obviously, Disney Karaoke: Frozen is a very limited karaoke app but if you’re looking for something to entertain the kids on your Mac and they’re big Frozen fans, it’s a great app.

Disney Karaoke: Frozen is $7.99 from the Mac App Store.

Kanto Karaoke is a newcomer to the karaoke scene but is a well designed, professional karaoke software that works on both Mac and PC.

If you upgrade to the Professional version however, you get all of the above plus an unlimited playlist, unlimited recordings, Midi to Mp3 conversions and lifetime updates making it suitable for professional Karaoke DJs on Mac.

Note that you require a USB microphone connected to your Mac before you to make clear recordings – it will record using your Mac’s internal microphone but the quality isn’t great.

Kanto Karaoke can be a bit tricky to configure to make sure the right Microphone and input devices are selected but once you’re set up, it’s a very good karaoke software.

The Italian developers are also very responsive and helpful if you have any problems and have published several “How To” guides such as this video guide about how to record a voice over in Kanto Karaoke: 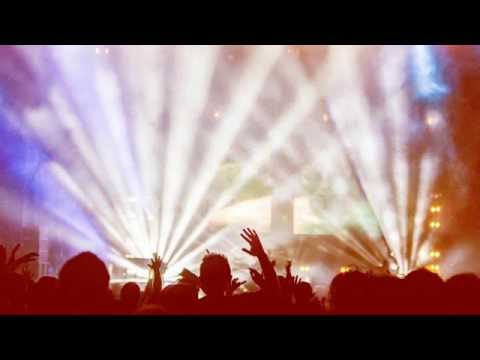 Note that when you install Kanto Karaoke for Mac, you will receive a warning message that is from an “Unidentified Developer”.

This is simply because it is not from the Mac App Store and has not been verified by Apple as from a certified developer but you can simply right click or Ctrl-click on the download file and select “Open” and then click the “Open” dialog again when you see the warning.

In order to record, you also need to download install the Lame encoder for Mac.

Kanto Karaoke is free with some restrictions and $49.95 for the Pro version.

The only other easily accessible free way of hosting karaoke on your Mac is good old YouTube.

If you want a quick, easy and free solution to sing karaoke on your Mac, it’s amazing how many karaoke tracks you’ll find on YouTube. Simply search for the name of the song plus the word “karaoke” and you might find a karaoke version of it.

Note: kJams does not work on macOS Catalina due to the lack of 32-but support in the latest version of macOS.

kJams is the most established and professional karaoke software for Mac. Although it’s aimed at pros, the Lite version is suitable for karaoke enthusiasts.

Originally, kJams was only designed for those that want to rip karaoke discs (known as CD+G discs) to their Mac which is useful for professionals with lots of CD+G discs.

However, since nowadays most Macs don’t read CD+G discs (and most new Macs don’t even have a CD/DVD drive anymore) kJams now has it’s own built-in Music Stores where you can search and download Karaoke tracks as easy as downloading music from the iTunes store.

Tracks cost anything from $1.99 upwards and there’s a far bigger selection than you’ll find on KaraokeTube. You can also change the pitch and add your own personal ratings to tracks:

If you have your own CD+G discs that you want to rip, kJams can play them or rip them to your Mac but you will need to buy a special external CD/DVD drive (such as a Lightscribe drive) that can read them.

For most people, the $40 Lite version of kJams will be fine as it lets you download Karaoke tracks from the Music Stores.

For those that are running a business or need kJams for professional purposes, then the Pro version for $110 is worth getting as it offers more features.

Note that unfortunately, kJams does not work on macOS Catalina which only supports 64 bit applications.

You may also want to check out our look at DJ software for Mac which features apps like Virtual DJ which is a good replacement for kJams on Catalina.

QMidi is another professional karaoke software alternative for Mac although many users have found it more useful as simply a MIDI player for Mac.

QMidi supports audio files of all types, including CD+R files and even movies and it can output lyrics to a second monitor.

Unlike kJams though, it doesn’t have an integrated music store and so you’ll need your own ripped CD+R discs ready to upload into it. You can try a free trial of QMidi.

The Standard version costs $20 and the Professional version is $40.

MidiCo is similar to QMidi in that it’s mainly a MIDI player and supports creation of MDC karaoke tracks from MIDI or MP3 files.

You can also convert CD+G discs into MP3+CDG MP3, sync lyrics and insert a credits screen. Note that the trial version is limited to 2 minutes per song. You can try a free trial of MidiCo and the full version costs $29.90.

PCDJ DEX for Mac is a professional DJ studio but also allows you to host karaoke sessions.

At $179, it’s easily the most expensive karaoke for mac software out there but if you’re a serious DJ or karaoke entertainer, it’s worth it.

PCDJ DEX recreates a real DJ turntable environment with all the controls, mixing decks and effects that professionals would expect. This includes automatic beat mixing, no-latency playback, loops, hot cue and much more.

You can choose to control PCDJ DEX 3 for Mac with a mouse, keyboard and even external DJ controller units. PCDJ DEX 3 is strictly for professionals with a price tag of $179 but if you’re serious about karaoke on Mac, it’s a very powerful package.

To get an idea of how to use PCDJ DEX 3 for Mac for karaoke, check out the video below: 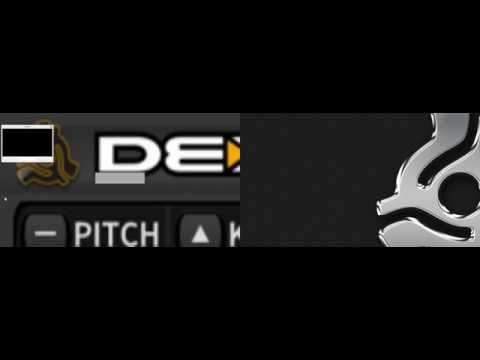 We hope some of these apps have got you singing at the top of your lungs.

One final note – if you’re wondering why Aria karaoke software or TunePrompter for Mac are not in this list, it’s because unfortunately they have both been discontinued.

If you have any questions about doing karaoke on your Mac, leave them in the comments below.