Search
LogMeIn is an easy to use, fast and secure remote desktop program. The Mac version seems a little more prone to instability compared to Windows but it's still one of the best remote desktop apps out there.
Pros:
Very easy to use
Works well even on slow connections
Excellent mobile apps
Cons:
macOS version a little unstable compared to Windows
95

LogMeIn For Mac and PC was rated one of our best remote desktop apps on Mac and this review, we take a look at what it can do.

LogMeIn for Mac is a powerful remote desktop solution ideal for everyone from home users to corporate networks.

LogMeIn Pro offers specific tools for individuals, small businesses, IT professionals and help desk technicians and is the best remote desktop software on the market when it comes to enterprise remote desktop support.

LogMeIn is one of the first ever remote desktop tools on the market and has had a big head start on the competition when it comes to remote access on macOS, mobile and Windows.

The interface hasn’t been updated much in that time and there’s definitely a Windows feel to it on macOS but it’s functional, clear and easy to navigate.

LogMeIn is extremely easy to use, connects to devices in seconds and has lots of useful extra touches like the ability to print from any device you’re connected to, support for multiple monitors and more.

You can even play audio on a remote computer or device and listen to it through your Mac’s speakers.

Note that LogMeIn should not be confused with a related product LogMeIn Hamachi which is designed for setting-up VPN networks on a Mac.

LogMeIn pricing starts at $30 per month for individuals which allows access for up to 2 computers, unlimited users, remote printing, 1TB file storage and more.

There are also plans for Power Users and Small Businesses which allow access to up to 5 and 10 computers respectively.

All LogMeIn plans include an unlimited number of users, 1TB of file storage to share and exchange files and a free license for password manager LastPass so you don’t have to keep entering passwords across your devices.

LastPass is a clever password manager that means you don’t ever have to remember your passwords again.

You can also try a 14 day free trial of LogMeIn which lasts for 14 days.

LogMeIn is definitely secure. LogMeIn sessions between devices are encrypted so that no third party can intercept or view what’s going on between devices.

LogMeIn Pro uses SSL/TLS (OpenSSL) for encryption which is one of the most secure protocols out there and is the same ones used by banking websites.

LogMeIn will also notify and alert you when an important change has been made such as a new computer or user has been added to the session.

LogMeIn does not compromise a firewall but is still able to share screens behind one while still using SSL/TLS or even RSA SecureID and 2-factor authentication.

There is an also an excellent LogMeIn iOS app which make it very easy to log into your Mac or Windows PC from your iPad or iPhone.

You can open apps on your Mac from your mobile and print from iPad to office computer for example.

One of the impressive things about LogMeIn is that it performs well even on slower connections.

Normally, if you’re working over a mobile data network or a slow broadband connection, you usually experience a lot of lag with Remote Desktop apps but LogMeIn optimizes the connection efficiently.

However, the Mac version does seem more unstable than the Windows version. Although generally it’s very stable, apps tend to lose connections more on macOS than Windows and either take a while to reconnect or become unresponsive. 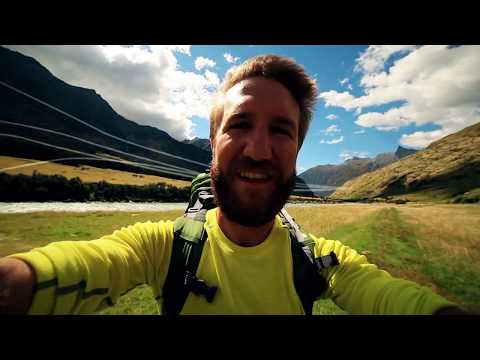