Search
If you need a simple and fast diagramming solution with excellent Confluence and Jira integration, Gliffy might be for you. The lack of Visio export support and advanced diagramming tools is disappointing though.
Pros:
Fast and easy to create diagrams
Excellent Atlassian integration
Can be used directly in Confluence & Jira
Cons:
Free version is limited
No Visio export
Limited templates and toolset
70

Gliffy is a Cloud based user-friendly visual communication and collaboration tool.

Although Gliffy can be used by anyone that needs to draw business diagrams easily and quickly, it is squarely aimed at companies and environments that used Jira and Confluence to manage their workflows.

In this review, we take a closer look at what Gliffy can do and reveal what we think of it.

Gliffy Diagram is purely for flowcharting and diagramming within or outside Confluence.

Gliffy Project is more of a diagramming and project management tool in one that allows you to turn visual plans into JIRA tasks.

Here we take look at both.

The main reason people use Gliffy is to draw diagrams, quickly, efficiently and professionally.

Gliffy uses a quick and snappy HTML5 editor to drag and drop objects and items into flowcharts, UML diagrams, network diagrams, process flows, org charts, AWS architecture and just about anything else you can think of. You can easily share any diagram created in Gliffy with a simple URL.

You can collaborate with others who can edit, comment or just view diagrams you’ve created. However, note that collaboration is not in real-time as it is with other Cloud based diagramming tools.

If you make a mistake in a diagram, you can also revert to a previous version via the revision history.

The paid versions of Gliffy can import (but not export) Visio files along with GON and GXML. It does not import AWS files either.

If you use the Google Chrome browser, there’s also a Gliffy Chrome extension which allows you to diagram offline. This gives you some of the benefits of both an offline desktop app and a Cloud based one. Gliffy Project allows you to integrate your diagrams with Atlassian products. You don’t even need to leave the main interface to update tasks or tickets Atlassian.

Gliffy is well-integrated with Jira and allows you to:

You can also iterate efficiently by:

Gliffy Project does a good job of keeping your team informed of workflows and reduce miscommunication problems.

Microsoft Visio isn’t available on Mac and While Gliffy isn’t as advanced as Visio, some people use it as a Visio replacement on Macs for diagramming.

The paid versions of Gliffy (but not the free one) can import Visio VSDX files but one big drawback of Gliffy is that it can’t export to Visio. If you need to collaborate on diagrams with other Visio users this will be a big problem.

If you need something that can import and export Visio files we strongly recommend taking a look at SmartDraw which is our top rated alternative to Visio for Mac users.

Gliffy can however export to SVG, PNG and JPG which can be imported into Visio although the problem with this is that you won’t be able to edit them.

One of the concerns of integrating any third-party product with Atlassian is how secure it is.

Gliffy stores data on its servers but it cannot obtain information about Jira tickets so your internal company processes are kept confidential .

However, Gliffy can see the identification number of a Jira task in order to link them to items in Gliffy Project.

Note that Gliffy and Jira changes are synced in real-time although you have to refresh Gliffy to see any changes you’ve made in Jira.

You can use a basic version of Gliffy for free although be aware that the number of objects and diagrams is limited and anything you create is made public.

The free version is therefore certainly not suitable for drawing confidential diagrams such as network layouts.

For serious use, Gliffy has 4 pricing plans:

Gliffy Diagram: Starts at $7 per month

Gliffy Diagram For Jira: Starts at $10 per month for 10 users

Gliffy Diagram For Confluence: Starts at $10 per month for 10 users

Gliffy Project: Starts at $10 per month for 10 users

There are also server pricing plans if you want to install Gliffy on one of your own servers instead of using Gliffys.

There are Enterprise plans on request which provide extra security, control, enhanced customer support and single sign on (SSO) customization.

There are also special discounts for students. 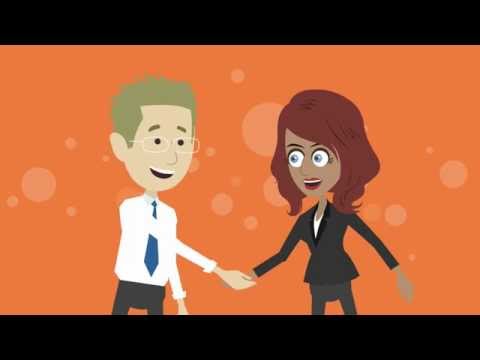