Why spend hours typing when you can dictate texts in less than half the time? Speech recognition technology can save you time, money and stress so we’ve taken a look at the very best dictation software for Mac in 2020.

The average person can type anything up to 1000 words in a half hour.

Most people can speak however up to 4000 words in the same time period – that equals a massive potential increase in your productivity especially if you’re having to tediously document business operations.

Dictating using professional software like Dragon Dictate rather than typing not only drives document productivity, it’s also safer for you.

Excessive typing is one of the most common reasons for repetitive strain injury on hands and the more we type on both keyboards and mobile phones, the bigger the problem is getting.

Other keyboard related injuries on the rise include Tendonitis, Carpal Tunnel Syndrome and Quadriplegia.

If your career or work depends on your ability to type, this is a compelling reason enough to start enjoying the benefits of dictation.

Other reasons to use dictation tools include:

The State Of Dictation Software On Mac In 2020

Unfortunately even in 2020, the market for desktop dictation software for Mac is extremely small.

For years the leading solution has been Dragon Dictate Professional for Mac but the developer Nuance dropped a bombshell in October 2018 that it was discontinuing the product.

Dragon Dictate Professional still delivers by far the best voice recognition in the industry. Dragon products use unique Deep Learning technology that actually learn your accent and speaking style to deliver accuracy rates of up to 99%.

There’s simply nothing that comes close in the world of voice recognition software and so we’re still recommending Dragon Dictate Professional but by installing Windows on your Mac and running it using Parallels.

The best desktop alternative to Dragon Dictate for Mac is now Apple’s Dictation tool in macOS but it comes a distant second. This doesn’t deliver anything like the same results as Dragon but it’s free, works on your Mac desktop and doesn’t require an internet connection to use.

So whether you’re a business report writer, lawyer, secretary, author, journalist, technical writer, medical professional or anyone that finds themselves stuck in front of a keyboard more than they should, you’ll find speech-to-text software here that saves you valuable time and fits  your budget.

Here then is our selection of the best voice recognition software for Mac of 2020 in order of ranking.

The reason Dragon Professional Individual is our number one pick is the amazing accuracy and sophistication it offers compared to any other solution.

When it comes to voice recognition, Dragon’s dictation products are by far the best on the market. Dragon Professional Individual For Mac offers accuracy of up to 99% and while you won’t always achieve this, the accuracy is truly impressive.

The difference between Dragon Professional and most voice recognition software is that it can actually learn to recognize your voice. As it becomes more familiar with your accent and speaking style, it interprets your voice remarkably accurately. Other dictation apps simply don’t feature this level of Deep Learning sophistication or accuracy.

Dragon Professional is ideal for office environments as it’s optimized for reducing background noise such as in cubicles. It also has Smart Format Rules which understand how you want phone numbers, dates, abbreviations and other data to appear.

Another nice touch is that you can import audio clips from a device such as your iPhone and Dragon Professional will transcribe it into text. The accuracy isn’t quite as good as live dictation but it’s a lot faster than typing it out. This is especially useful for journalists who have to record and transcribe long interviews.

The downside is that, as mentioned earlier, Dragon decided in late 2018 to discontinue the Mac version. However, it’s still easy to run it on a Mac simply by installing Windows in macOS.

There are various ways to run Windows in macOS but the easiest and most reliable by far is by using Parallels. Parallels allows you to run macOS and Windows at the same time so that you can switch between the two with ease.

You then simply install the Windows version of Dragon Professional within your Windows environment and you can use it anytime on your Mac.

This is actually a better solution than using the Mac version anyway because the Windows version gives you slightly more control when tweaking and refining texts compared to on Mac.

You can also watch Dragon Dictate Professional in action below. 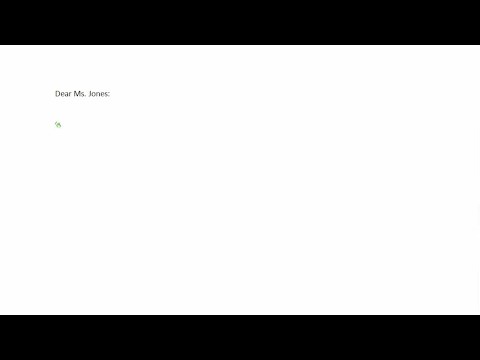 Dictation is Apple’s own free dictation software on Mac (and the equivalent of WSR – Windows Speech Recognition) that has been a feature since macOS Sierra.

By default it’s only suitable for dictations of 30 seconds or less but you can turn-on Enhanced Dictation for unlimited transcriptions.

To activate Dictation, simply go to the Apple () logo in the top left of your screen > System Preferences > Dictation & Speech.

However, this is only necessary in macOS High Sierra and Mojave. In macOS Catalina, Enhanced Dictation has been removed as anything you dictate is now translated by Siri.

Siri is far more accurate than the old dictation tool and even allows you to dictate offline in macOS Catalina (see more on this in “Can You Use Siri To Dictate on Mac?” below).

If you’re still using High Sierra or Mojave, you can also dictate offline without being connected to the internet by activating Enhanced Dictation.

Be aware though that this requires 422MB of disk space to download some additional tools before it can work on your Mac.

Dictation works with any app including Office applications (although not Google Docs which has its own voice recognition feature – see below).

What we like is that the voice controlled formatting commands are quite extensive and you can even create your own customized commands.

The accuracy of macOS Dictation is surprisingly accurate although you won’t get the same results as professional software like Dragon Dictate.

If you’re looking for a free desktop dictation tool on your Mac, Apple Dictate is definitely worth trying.

Not many people are aware that Google Docs has a surprisingly powerful free voice recognition engine which not only transcribes speech to text but also allows you to change the formatting of documents with voice commands.

In any Google Doc, simply go to Tools > Voice typing… and click on the microphone that appears to start transcribing.

Google Docs Voice Typing is pretty accurate for a free online text-to-speech tool. Arguably the most impressive thing though is the an extensive list of commands for formatting text.

You can simply say things like “go to end of paragraph” or “create bulleted list” to perform formatting actions. Note however that formatting commands are only available in English but the voice engine recognizes 43 languages.

The one downside is that it won’t work in Safari or Firefox – it only works in the Google Chrome browser.

Speechnotes is a cheap and cheerful online speech-to-text service which works in Google Chrome and on Android devices.

There’s also a Speechnotes Chrome extension which allows you to voice type directly into any website including Gmail, WordPress and most other text fields.

Speechnotes claims to be a free alternative to Dragon Naturally Speaking and although the accuracy can’t really compare with Dragons products, it’s pretty good. Unlike Dragon Dictate, Speechnotes also can’t be used to voice control your Mac either.

Speechless gives you the advantages of Google’s voice recognition engine but with the added advantage of things like an Android app although there’s no iPhone app. 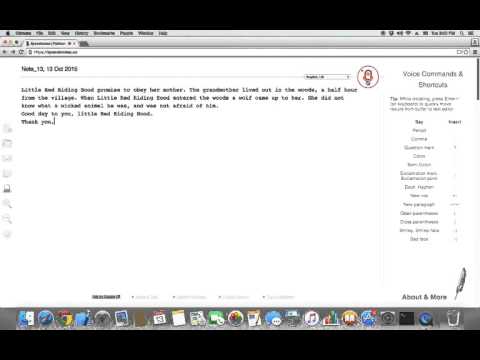 One other option which may be of interest to Mac users is Rev.

Rev is an iPhone dictation app which uses real humans to transcribe recordings.

Rev isn’t cheap as it charges per word but it’s extremely accurate because the audio is being listened to and transcribed by an actual person instead of a voice recognition engine.

Rev is only available as an iPhone or Android app though. There’s no Mac app though and it doesn’t work in a browser.

Another option is Braina. Braina is both a Siri style personal assistant and dictation app although it only works on Windows, iOS and Android. However, if you install Windows on your Mac, you could run the Windows version on it.

Can You Use Siri To Dictate On Mac?

As of macOS Catalina, you can now dictate on a Mac using Siri. However, it only works for US English and you need to be online although there is still a way to dictate offline in macOS Catalina.

You can however use Siri on macOS Sierra and above to compose short messages like emails and texts. You can also ask Siri to turn on Apple Dictation for you.

Siri is still mainly designed as a personal assistant to launch apps, answer questions and generally speed-up your workflow on a Mac rather than dictation although with macOS Catalina, it’s moving closer towards being a more professional dictation software.

The in-built microphone on Macs is good but you’ll definitely get better results by using an external microphone or dictation headset.

External mics and headsets not only pick up your voice better because the microphone is closer to your mouth, but they’re better at reducing background noise.

The best option for you obviously depends on whether you want to wear something on your head, walk around, or just speak into a mic next to your Mac.

A good Wired Headset for dictation is the AAAPrice noise cancelling USB headset which is optimized for Dragon Dictate although works with any dictation software.

If you like to walk around, buy a Wireless Headset but just be careful with the range as it can vary wildly depending on the model. One of the best we’ve seen is the Logitech Wireless Headset which has an impressive Bluetooth range of up to 300 feet.

If you prefer not to wear something, Microphones deliver just as good results although you may find yourself craning over the desktop ones more than sitting up straight like you can with a headset. Dictation microphones vary in price with basic ones like the FIFINE USB microphone going for around $20 ranging up to the professional handheld Nuance PowerMic microphone costing over $200.

Dictation in itself can be a strange experience if you’ve never done it before. It can feel strange at first talking to a computer and hearing the sound of your own voice constantly. There’s a few other things to be aware of specifically related to the way dictation software works too.

These are the best voice recognition tools available for Mac users. As you can see, the options are very limited by without doubt, Dragon Dictate Professional still leads by a mile.

If you have any thoughts, experiences or suggestions regarding them, leave them in the comments below.

If you want other ideas to speed up your workflow, you may also find our look at the best OCR scanning and PDF conversion software for Mac useful too as they save valuable time retyping text locked in PDFs, images , newspapers and other documents.